8 December, 2022This year, the Nobel Peace Prize is awarded to a jailed human rights defender from Belarus, a country that has violated a number of core fundamental rights and freedoms for decades. 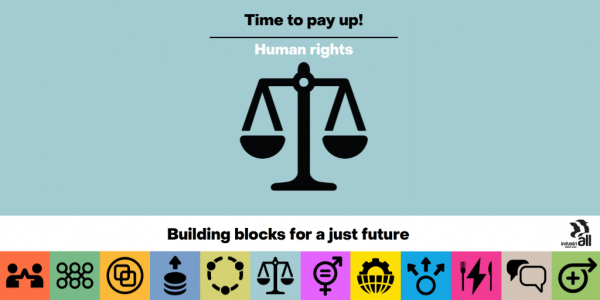 The list of violated rights and freedoms includes the freedom of opinion and expression, freedom of peaceful assembly and association, right to form and to join trade unions for the protection of interests, right to be entitled to a fair and public hearing by an independent and impartial tribunal.

The Nobel Peace Prize 2022 was awarded to Ales Bialiatski, who has worked to promote human rights and democracy in Belarus since the 1980s. He won’t be able to attend the award ceremony in Oslo, Norway, on 10 December, as he has been in prison since July 2021.

Since 1901, the Nobel Prizes have been presented to Nobel Prize laureates at ceremonies on 10 December, the anniversary of Alfred Nobel’s death.

Also, Human Rights Day is observed every year on 10 December, the day the UN General Assembly adopted the Universal Declaration of Human Rights in 1948.

Ales Bialiatski founded the human rights group Viasna (which means spring) in 1996, after the constitutional amendment that gave President Alexander Lukashenko dictatorial powers, triggering mass protests. Viasna provided help for jailed protesters and their families. Over decades, the organization has also documented the authorities’ abuse against and torture of political prisoners. Its main goal is to contribute to development of the civic society in Belarus, based on respect for human rights.

Authorities have been trying to silence Ales Bialiatski for his work. In 2011, he was jailed for three years for alleged tax evasion. In July 2021, in the wake of the mass protests against Lukashenko’s dictatorship that broke out after the presidential election in August 2020, Ales Bialiatski was again jailed, this time without trial or conviction.

Ales Bialiatski shares the the Nobel Peace Prize 2022 with Memorial from Russia and Center for Civil Liberties from Ukraine.

As of today, there are 1,441 political prisoners in Belarus according to Viasna and the number is growing.

Mass detention of leaders and activists of the Belarusian Congress of Democratic Trade Unions (BKDP) and affiliated unions for exercising their legitimate right to freedom of association took place on 19 April. The majority of the arrested unionists remain in custody. Some have been already sentenced to lengthy prison terms or restriction of freedom without imprisonment, while other trials are about to start.

Aliaksandr Yarashuk, BKDP chairperson, Siarhei Antusevich, BKDP vice-chairperson, and Iryna But-Husaim, BKDP media team officer and book-keeper, have been held in a pre-trial detention center since 19 April, the trial is scheduled to start on 20 December.

The trial of Vasil Berasnieu, acting REP chairperson, Hennadz Fiadynich, REP vice-chairperson, and Vatslau Areshka, REP activist, started on 25 November. They have been held in a pre-trial detention center since 19 April. Zinaida Mikhniuk, REP deputy chairperson, was arrested on 25 March, charged with insulting the President and sentenced to two years in prison.

IndustriALL Executive Committee adopted a resolution on Belarus in November:

LabourStart has launched a new campaign calling for the immediate release of jailed unionists in Belarus, please sign and share it.