11 May, 2021Industrial Chile-Constramet celebrated 40 years of defending workers’ rights in December last year. The union is currently playing a leading role in a historic moment for Chile; the process of drafting a new Constitution.

Industrial Chile-Constramet celebrated 40 years of defending workers’ rights in December last year. The union is currently playing a leading role in a historic moment for Chile; the process of drafting a new Constitution.

On 18 October 2020, an increase in Santiago’s subway fares triggered historic protests. The social outburst brought attention to feelings of injustice due to Chile’s growing inequality.

Protesters called for an increased minimum wage, changes in education and rejected high electricity and gas rates, gasoline prices, and health care costs. A change to the Constitution was proposed, that would guarantee social justice and provide solutions to the deep-rooted issues affecting society.

In a referendum on 25 October last year, Chileans voted in favour of drafting a new Constitution to replace the one in force since Pinochet’s dictatorship.

Industrial Chile-Constramet has been engaged in promoting the approval of the referendum and are also willing to be part of the process of drafting the country’s new Constitution. A new Constitution should be ready to be put to a referendum by April 2022, which Chileans will then approve or reject. 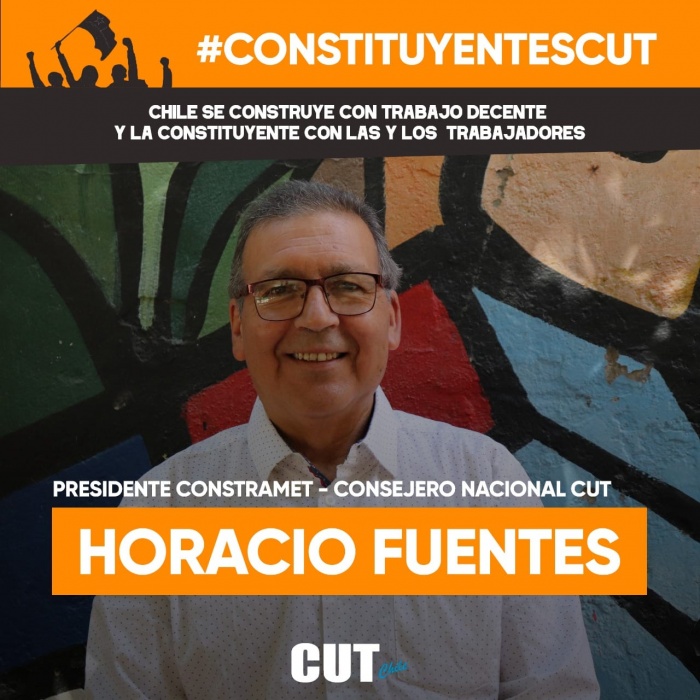 “In 2021, we have the challenge of continuing to fight for the transformations demanded by the people of Chile. For this reason, we are playing a leading role in the constituent process, which is the door to a dignified and fair Chile for all.”

The union leader says that the union will present proposals for “A new development model for Chile,” to be delivered to those elected to work on the new Constitution.

“We have prepared a document saying that the new Constitution must establish labour rights and a new development model. It should help to create a national industry associated with our natural resources that is able to achieve greater industrial development in Chile. The new Constitution has to change the country’s destiny,” says Fuentes.

The union brings together 8,000 workers from the manufacturing industry, including the leather sector, footwear, textile, forestry, metal, plastic, mining, chemical and energy sectors, regardless of the type of contract they have. A third of the members are women; the union’s goal is to increase the number to at least 50 per cent.

Fuentes explains that incorporating more young workers and women is a challenge. Industrial Chile-Constramet has established a secretariat for youth and one for women to train and encourage them to join governing bodies. However, finding young people who are committed to the union, where the collective interest takes priority over the individual, is difficult.

“We need to be the kind of organization that workers want and not only the one that the law creates. This implies moving beyond company unions and instead appeal to creating of large national union,”